The river offers a brilliant alternative to the River Tweed. Salmon, Sea Trout, Grayling and Brown Trout can be caught.

A compact river, but wild, and with non manicured banks.

If you enjoy exploring wild rivers, and are keen on a bit of walking, this is a great choice.

Spring time offer the chance of a trophy brown trout and salmon fishing peaks in the Autumn.

The river is easily accessed from Edinburgh (1 hour drive)

Whiteadder – a lesser known river on the Tweed system

The river can be accessed from Edinburgh, a drive of approx 1 hour on the A1 which is a nice straight road.

The river Whiteadder offers wild brown trout fishing throughout the system and excellent runs of salmon and sea trout.

Interestingly, the river is noted for having the world’s oldest fishing club, the Ellem Angling Club, established in 1829 and proudly in the Guinness Book of Records.

Much work has been carried out to improve the fishing in this ideally tributary of the Tweed including installation of a fish pass, which freed up an additional 16 miles of spawning ground and feeding for migratory fish.

The river is an ideal size for a single hand rod or a light switch rod for salmon. For trout fishing a 4 or 5 weight 8-9ft rod is ideal.

As with most of the Tweed and tributaries, the best trout fishing is in the spring. Trout go on the feed heavily after a long winter and there are prolific hatches of Blue Winged Olives and March Brown. The big trout come out of hiding, and migrate into feeding zones to put on some weight. This gives you a great chance of a trophy fish. The Whiteadder is a small river and therefore, long casting not required.  As with all small rivers, keeping a low profile is vital, and only wading when really necessary.

Czech nymphing and Euronymphing can be highly effective on this river, and is a good tactic when your prospecting in between hatches.

In the last 5 years, there has been a population surge of Grayling in the Whiteadder.

The Whiteadder although a tributary of the Tweed is a salmon river in its own right. This is a small easily fished river and a rod between 10ft summer and 13ft for heavier water/ autumn conditions is ideal. When the Tweed is flooded, the Whiteadder is a good option, as water levels are more regulated by the reservoir at the head of the system.

Most fishing can be done with shallow, non obtrusive wading and long casting is not necessary. We hold in stock Scott Mackenzie Atlas switch rods, in 11ft, 4 inch, 12ft 7 inch, that are ideal tools for fishing this river. You can also fish for salmon with single hand rods. Salmon can be sight fished and your guide can assist by guiding you onto fish.

Fishing is by fly only, and no other method is permitted. Its mandatory catch and release until the end of June. The river associations and bodies governing this river encourage catch and release at all times.

There are salmon throughout the system throughout the year. The autumn/ fall months give the best chance of salmon, especially when the is falling back after a spate. 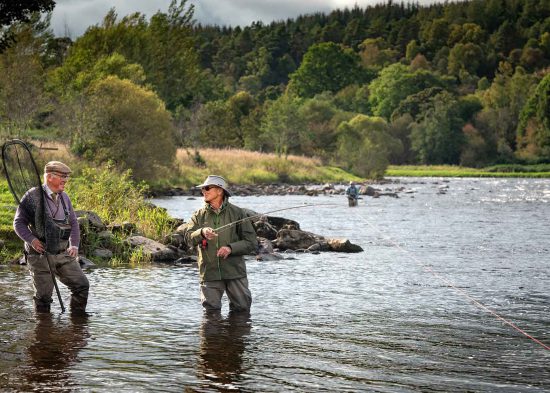 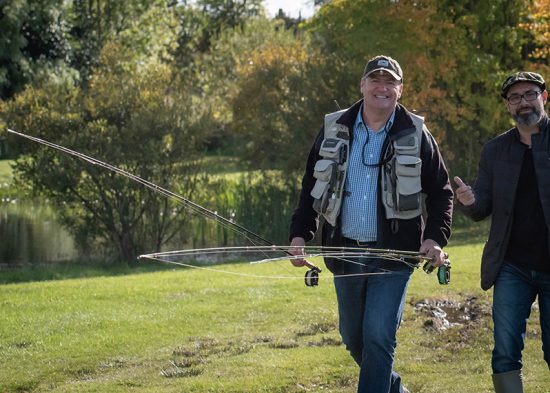 Fly Fishing for Trout near Glasgow 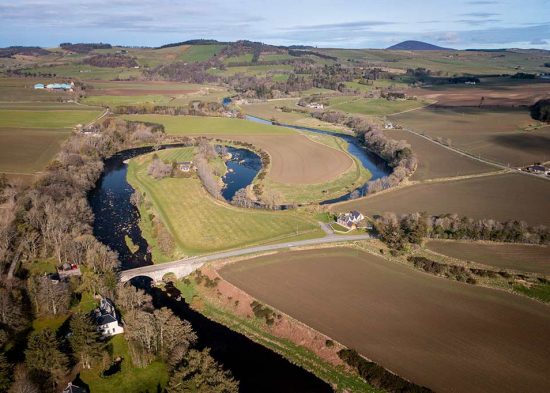 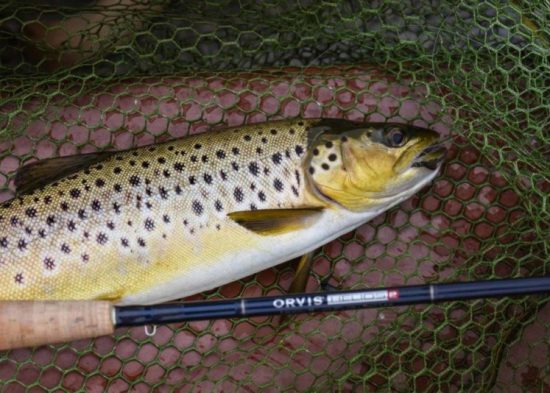