As good as it gets - trophy Coalfish

The Best Sea Fishing in Scotland – our thoughts

FoI years i had heard stories about monster sea fish being caught around the coast of Shetland, it was naturally added to the bucket list. My interest in this was further fueled by articles in fishing mags, and chats with fellow anglers who had first hand experience.

In 2015, I managed to get a client from London to fly to Shetland for a three day adventure. 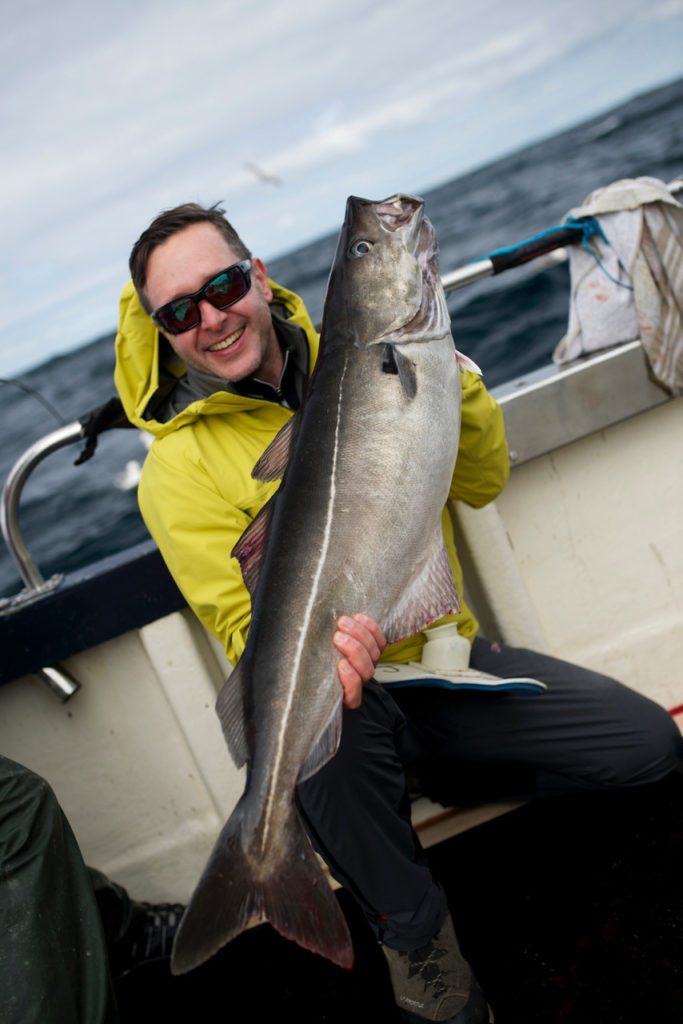 The Shetland Isles are Britains most Northerly groups of Islands, culturally a million miles from London, although don’t call the Shetlander’s British or Scottish for that matter. I think they see themselves more Scandic and in fact, uniquely just as “Shetlanders” If you’ve never been then you should. This is not only a fishing Mecca in Scotland, but the people are amongst the friendliest and most authentic you will meet in the UK.

Over 100 visits to Shetland trout fishing

I first started going there in the mid 1980’s, and have been over 110 times, so it now seems natural to me to host occasional trips there. Some of the most impressive brown trout fishing is in Shetland, but you need to know where to go, and you need be prepared to fish in the wee small hours of the night, when these fearsome predators come out from hiding to feed. You need to keep your wits about you, and cast an honest line, with accuracy at the crucial moment. It’s not for the faint hearted, however our main quarry and reason for the trip was to try and target some big sea fish and we were focused on that single goal. 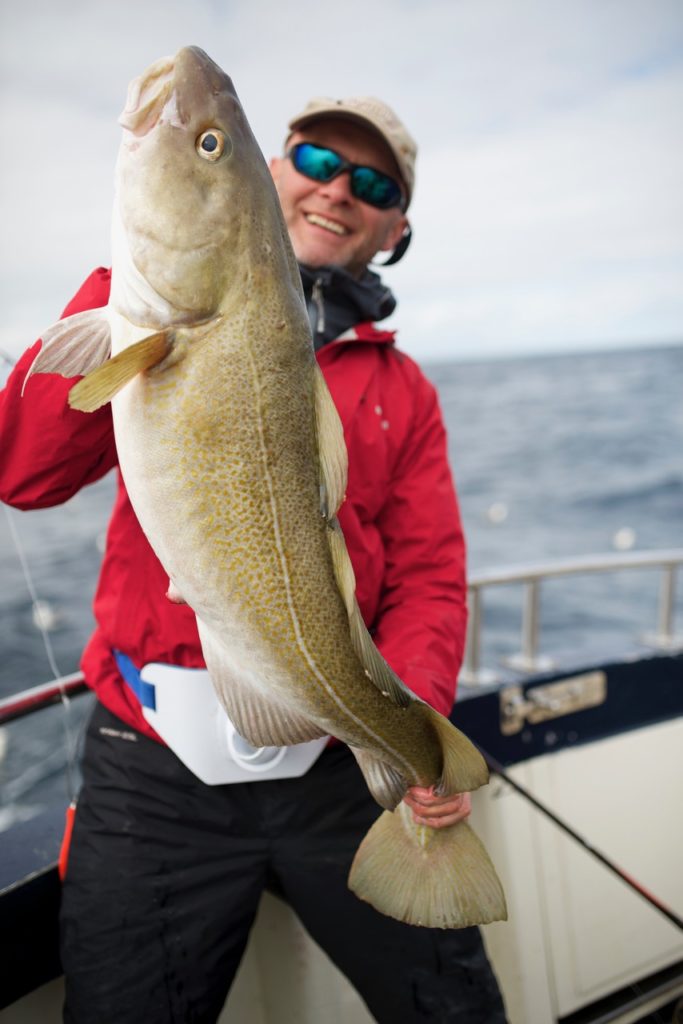 You travel a long way to get to Shetland and then of course you’re praying for good weather and hoping the winds blow favourably, and that they did. The skipper met us the night before and explained it would be a fresh southerly wind but fishable, and those that may suffer from sea sickness were offered a small plaster containing anti motion and sickness drug called Scopolamine. You stick this on your neck the night before and hope it doesn’t come off in the shower well that wasn’t a problem for me, showering was forgotten, I was after all spending the next day in a sea boat in the middle of the ocean, with other hairy arsed fishermen, probably they were un-showered too, so really, who cares?

Early start and off to the North of the Islands

We headed off in the morning on a 1 hour sail to the north of the northern most island in the archipelago of Shetland, Unst. We headed to the north east side and the lighthouse on Muckle Flugga Lighthouse. This arguably the most Northerly point in the UK. The sea was teaming with fish, if you take a look at fish finder image (below), that cloud you see is Coalfish under the boat, big ones too. I couldn?t wait for the first drop, and within 10 secs of connecting on the bottom, I engaged the clutch on the reel and a 20lb cod took a solid hold of the Gummy Mac lure and we were off and running. 175ft of battling and the reward of a look at a magnificent cod, in fact the best looking cod I had ever seen, bright, fresh, a jewel from the clear waters. My client was into a fish too, first drop, a 15lb coalfish. I welcomed the break to watch him land it and take photos, my arms were already pumped wth lactic acid.

Go to the gym before fishing here

The day went on and you had to ask yourself this question, not will I catch a fish, but have I the strength and energy to bring another one up? I hooked two different fish that were unstoppable and ripped line off the reel mercilessly – I had to eventually lock up the clutch and straighten to rod and break them off, no mean feat with 80lb braid and a 65lb shock leader. My client got into a real tussle when for some reason and without my knowing was given a cast with two gummy mac lures on and two big Coalies took a hold at the same time. I counted 37 minutes on the watch of socket wrenching, muscle sapping toil..Look at his face, one was 26 the other 27lb snip! back to just the single gummy mac after that ordeal then!

So in summary, three personal bests smashed in one day, a 26lb Cod, a 24lb Coalfish and a 15lb Ling, which might be a tiddler, but was the beast eating fish I have ever had.

To top it all, off, that night I had 1 hour on the ?Secret Loch? and landed and released a 6lb wild brown on a dry daddy.

A friend put me in touch with Hamish at Shetland Transport, a top man, and I was able to ship back to Edinburgh a small box of frozen Cod, Ling and Coalfish fillets that kept our family fed through the winter. I remember fondly, meeting the lorry in the outskirts of Edinburgh, it was packed with a huge shipment of fish bound for Poland and my wee box by comparison.